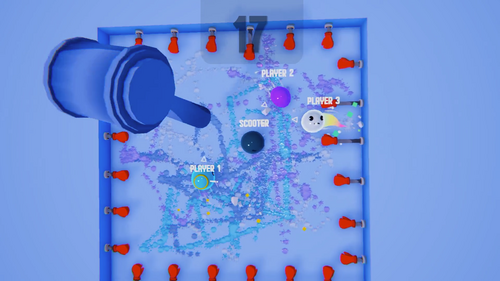 Jelly Brawl Out Now on Xbox!

Today I'm launching the day 1 update to celebrate the upcoming release of Jelly Brawl on Xbox!
It contains plenty of bug fixes across the whole game. Pick up the game on Xbox today:

- Fix Returning to menu from race cause the UI is hidden

- Fix "No boss" mode in custom

- Fix Colliding with powerup at same time as another player

Make a mess and fight alone or against friends for freedom from a mad king as you wrestle to be the last jelly standing!